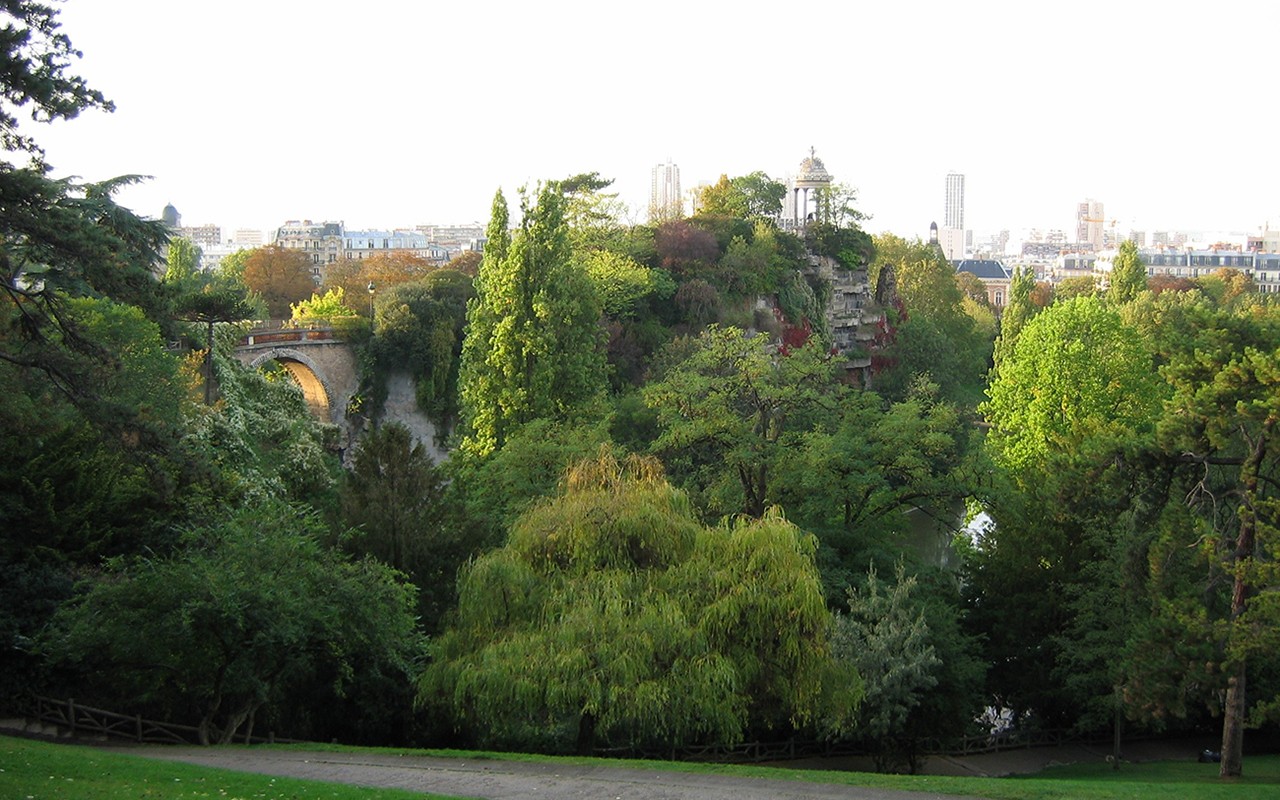 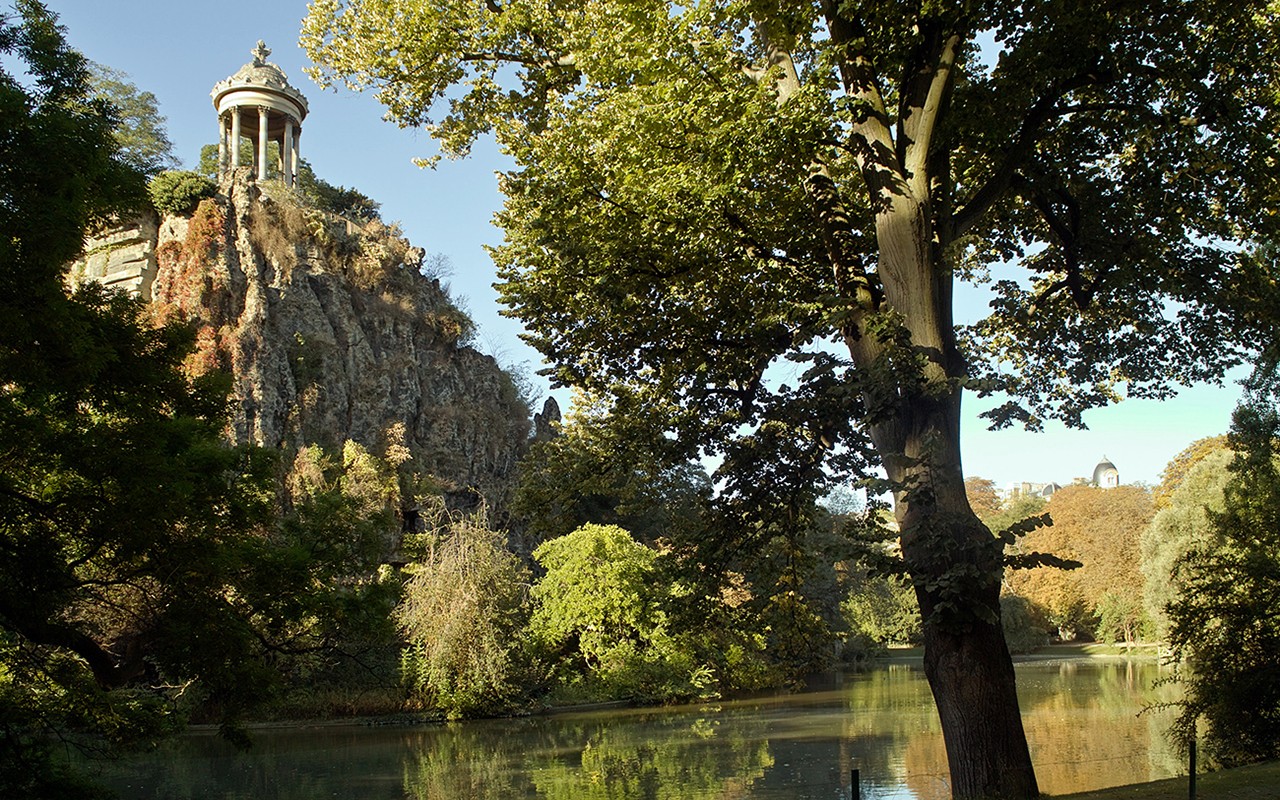 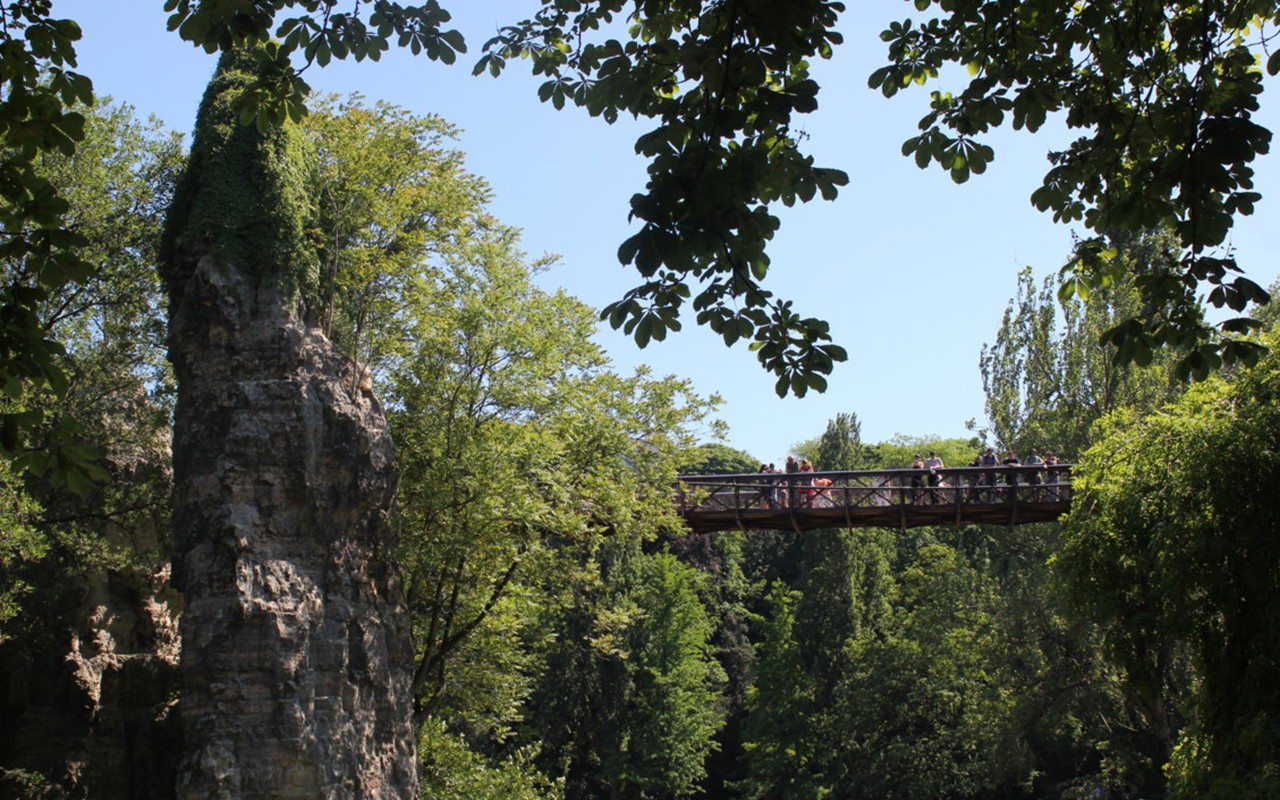 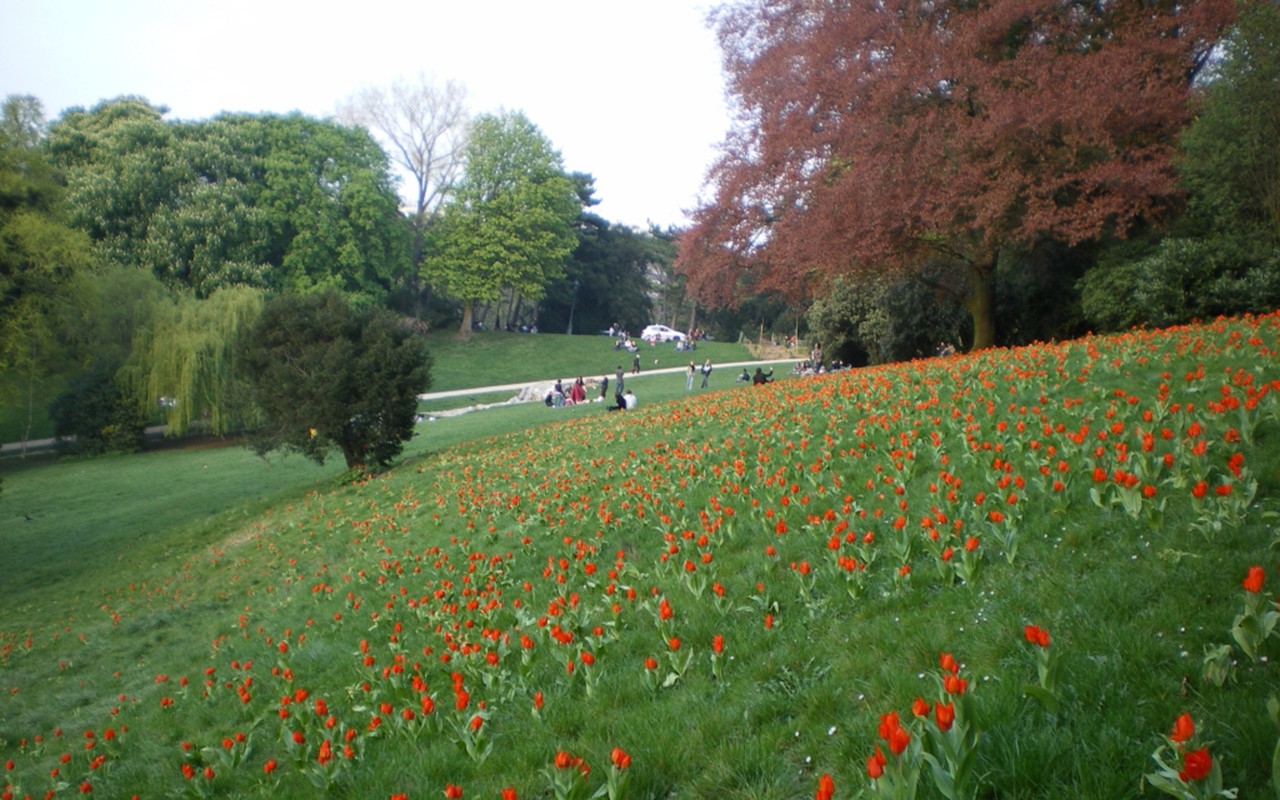 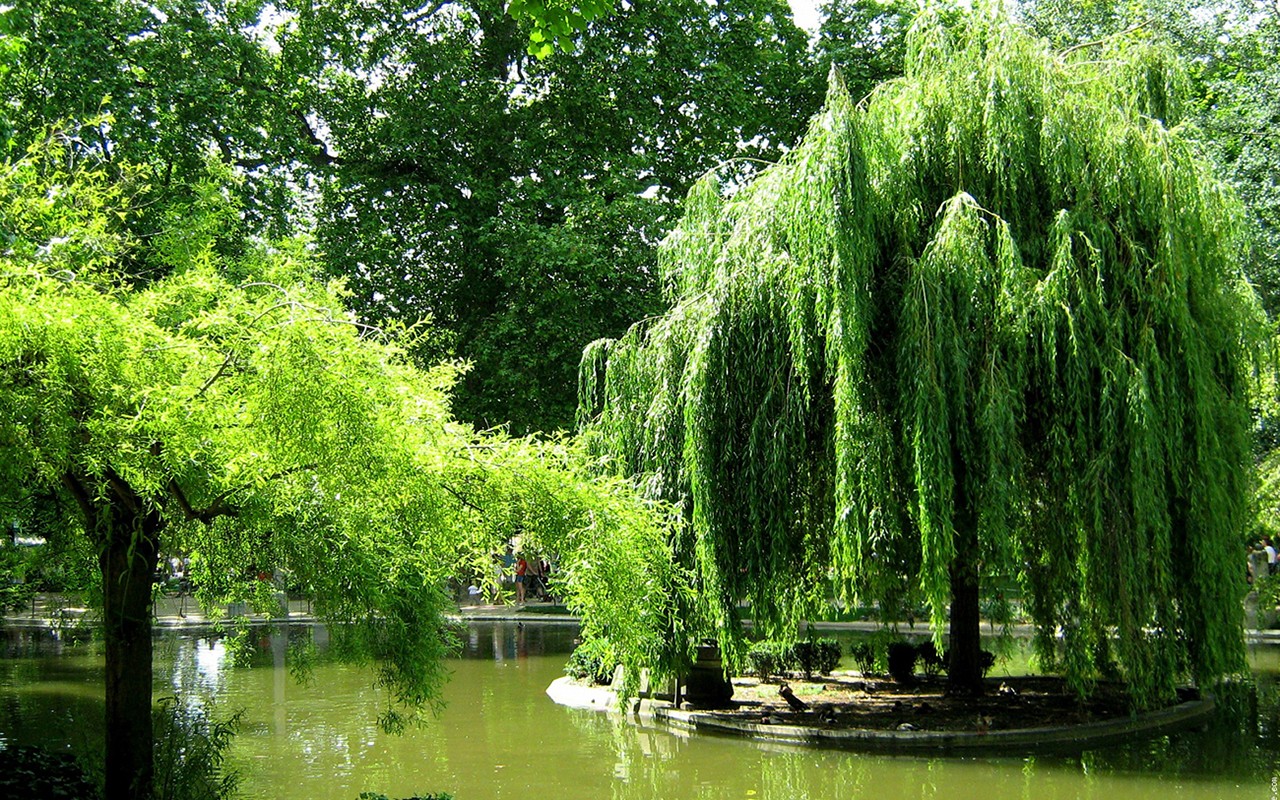 The Parc des Buttes-Chaumont  is a public park situated in northeastern Paris, in the 19th arrondissement. Occupying 24.7 hectares (61 acres), it is the fifth-largest park in (or near) Paris, after the Bois de Vincennes, the Bois de Boulogne (both located immediately outside Paris), the Parc de la Villette, and the Tuileries Garden. It was opened in 1867, late in the regime of Emperor Napoleon III, and was built by Jean-Charles Alphand, who created all the major parks of Napoleon III.The park has 5.5 kilometres (3.4 miles) of roads and 2.2 kilometres (1.4 miles) of paths. The most famous feature of the park is the Temple de la Sibylle, inspired by the Temple of Vesta in Tivoli, Italy, perched at the top of a cliff fifty metres above the waters of the artificial lake. 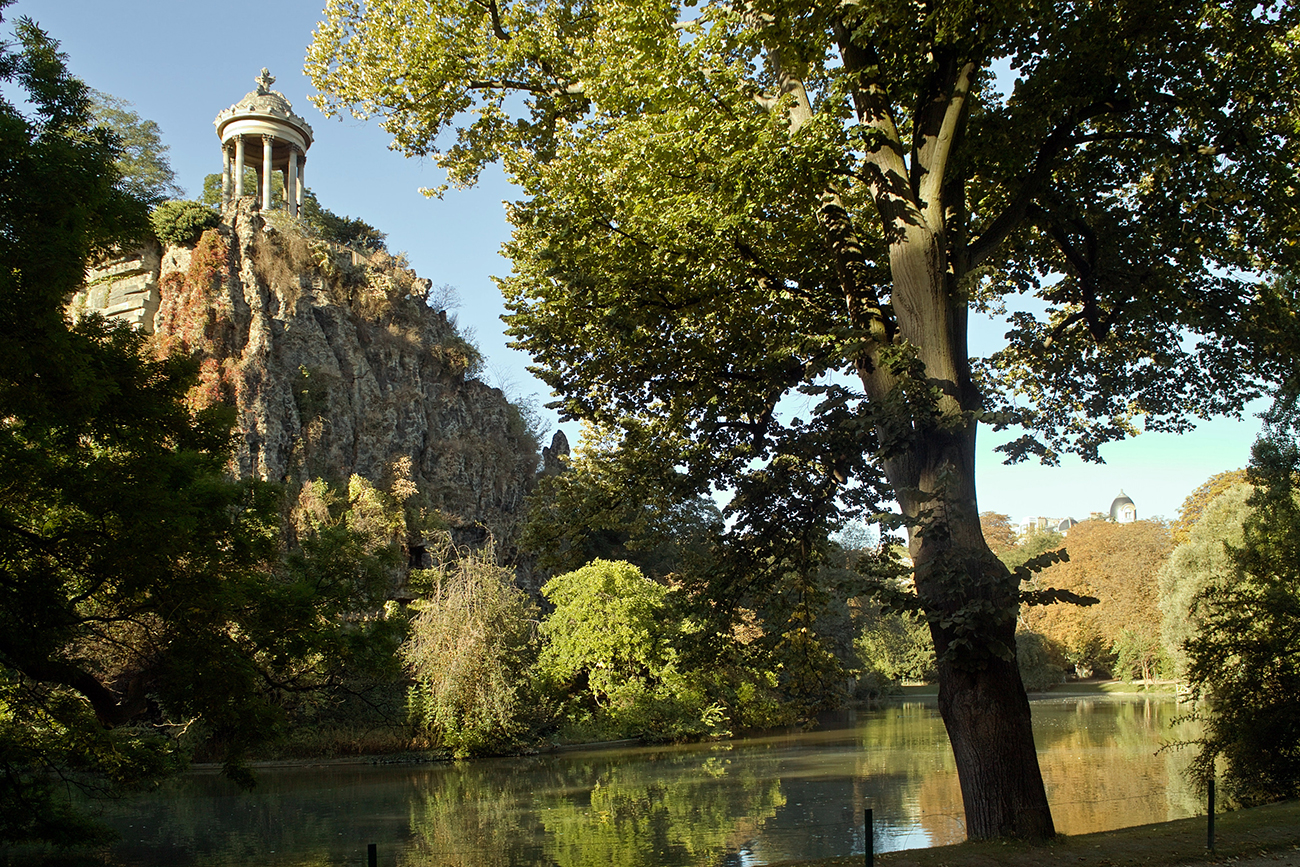 The park took its name from the bleak hill which occupied the site, which, because of the chemical composition of its soil, was almost bare of vegetation- it was called Chauve-mont, or bare hill. The area, just outside the limits of Paris until the mid-19th century, had a sinister reputation; it was close to the site of the Gibbet of Montfaucon, the notorious place where the bodies of hanged criminals were displayed after their executions from the 13th century until 1760.[3] After the 1789 Revolution, it became a refuse dump, and then a place for cutting up horse carcasses and a depository for sewage. 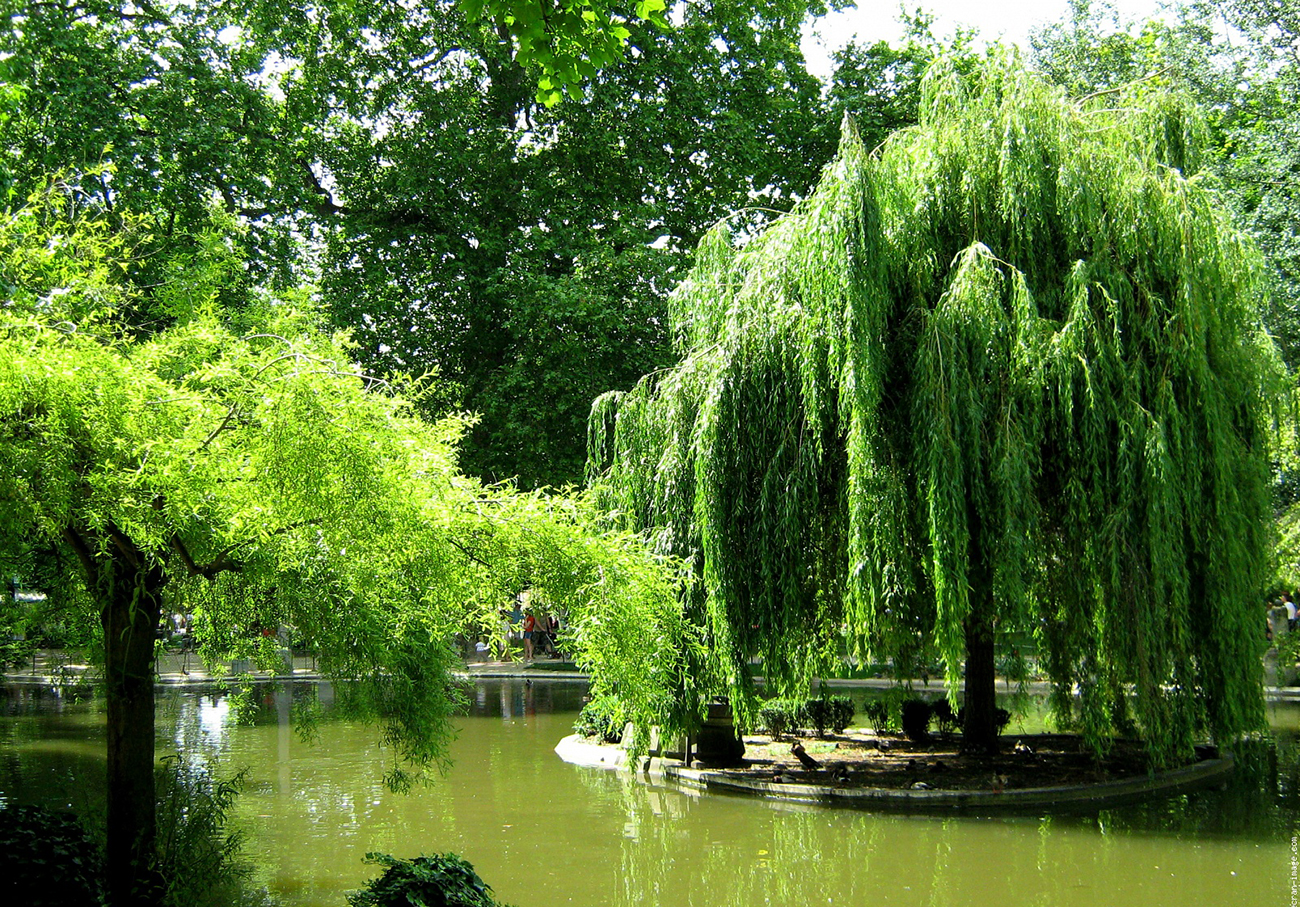 The director of public works of Paris and builder of the Park, Jean-Charles Alphand, reported that “the site spread infectious emanations not only to the neighboring areas, but, following the direction of the wind, over the entire city.” [4] Another part of the site was a former gypsumand limestone quarry mined for the construction of buildings in Paris and in the United States. That quarry also yielded Eocene mammal fossils, including Palaeotherium, which were studied by Georges Cuvier. This not-very-promising site was chosen by Baron Haussmann, the Prefet of Paris, for the site of a new public park for the recreation and pleasure of the rapidly growing population of the new 19th and 20th arrondissements of Paris, which had been annexed to the city in 1860. 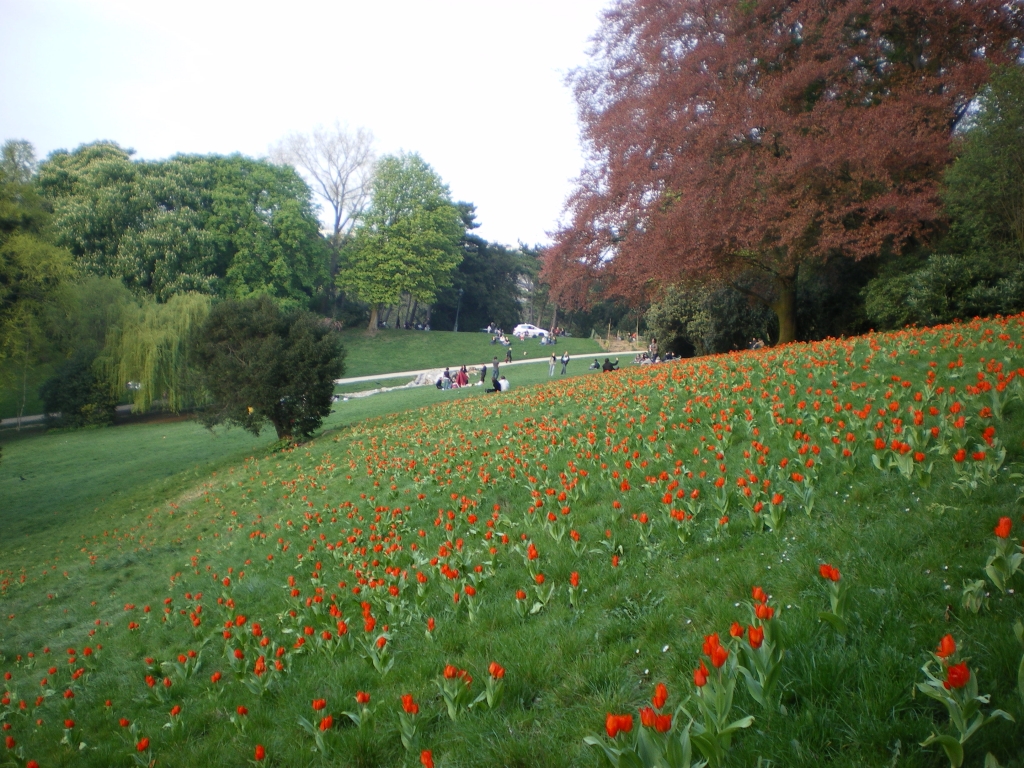 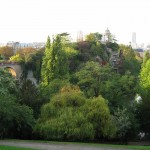 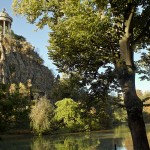 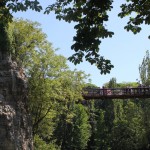 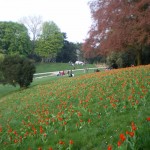 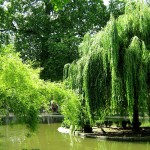