STORY OF A MAN, AND WINE.

“I used to drink wine like everyone does. After a night out with friends, we’d have a drink in our parents cellar, Beaujolais nouveau, but to be honest, I didn’t know much about it”.
He wasn’t lead to René Mosse’s lands by desire to learn, but more by an irresistible yearn to get some fresh air.
“I set off with a friend. We both needed it”.
Until them, Sébastien hadn’t been particularly stimulated by the four months spent studying history at university, or the HND marketing practise.
“I didn’t want to do anything, so I chose history because I got 19/20 in my A levels. Freekin’ lucky!”. Sébastien smiles, with a crafty look! 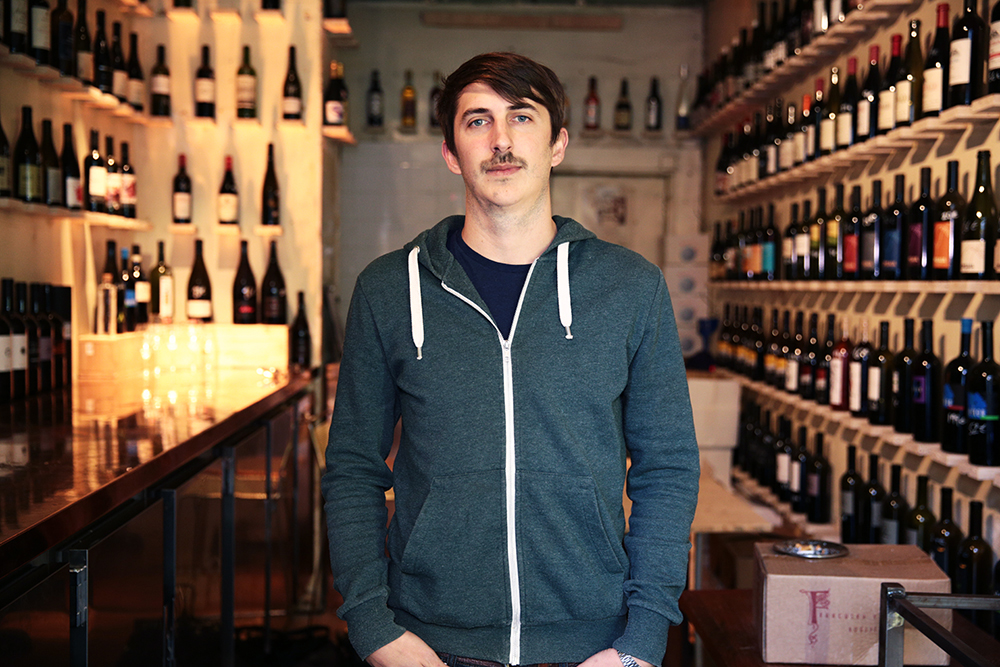 Maybe because he now realises that he’s where he was supposed to be.
” I was looking for an outdoor job. I went through the adverts and ended up in a common vineyard. Fortunately, they sent me to a René Mosse’s”.
Ten days to start with, then a month and a half. Sébastien spends some time working at the seaside in summer, the mountains in winter, and discovering the vines. Three years actually.
“When I was at René’s, I discovered more or less everything. I slowly learnt lots : why natural and not chemical, I jubilated in front of the fauna and flora, so different compared to the vines scorched by fertilizers I’d first seen”.
Sébastien seriously starts to taste the passion for nectars. To understand them. “When you work in the vines, the guys take time to explain, you start to get into it”.
For the first time, he’s not bored. He gets to know the multiple facets of wine, sees perspectives. “I tamed the vines, learnt to understand how things work, it became exciting”. 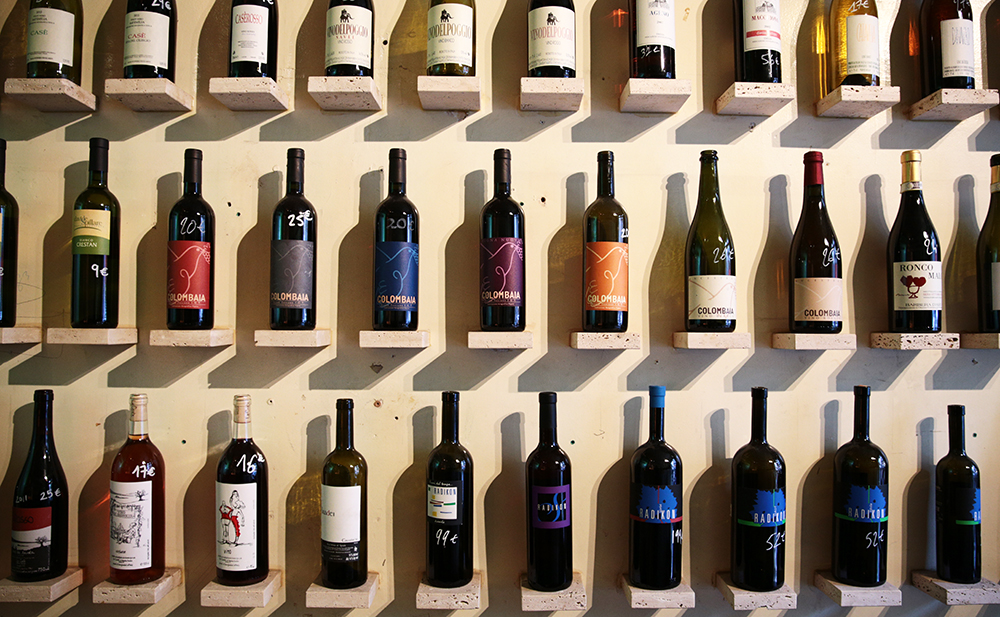 Then , Sébastiens’ girlfriend moves to Paris to study acting, and he follows her. “I dropped off two résumés in places René Mosse has recommended : « Le vin en tête » and « Le verre volé ».
“I got an interview at the “Vin en tête”, it went good, they offered me a job”.
Then, THE phonecall. Inali Aizpitarte, chef at the Chateaubriand, phoned him. He’d got his résumé from the team at the “Verre Volé”. He invited him for a cup of tea at his house. “I had lunch with his son, in the empty Chateau. He vaguely mentionned work. I started the next week”.
“Freeking lucky, again”. David, who dealt with the wines at the Chateau briand at the time, was leaving to open his own place “Les deux amis”.
Inaki Aizpitarte gives him carte blanche, the only condition being that Sébastien informs him of his choices.  Three weeks later, Inaki had trouble following me. I wanted more variety, instead of ordering 150 of each bottle, I started ordering 36″.
At the time, there were 25 references for the Chateaubriand, nowadays, there are 400. The nectar explorer wanders about, endlessly, guided by tastings, winemakers. At the Chateaubriand, he tastes at least two wines per day. “I go off to meet new people, new wines. Not necessarily the ones I’d spontaneously go for. But you have to be neutral, able to satisfy each client while keeping the freedon to open him to new horizons. There are loads of wine I don’t put on the wine list, I first test serve them, otherwise nobody would understand.
At first, he bluffed. “I didn’t know Inaki’s cooking. I needed to get to know it. I like to be present every time they taste a spice, to become familiar with new tastes”. He follows his instinct and serves red tuna with rosé champagne. To bring out the taste of champagne, and to give the tuna more intensity. The dish often sublimes the wine.

And yet some days, Sébastien doesn’t know, has to think, search. Far from making him nervous, he enjoys it. “Sometimes, the dishes don’t change, but I change the wine, it all depends on what to want to bring out in the dish,  if you seak bitterness, sharpness or sourness.”
He talks quickly and almost forgets to articulate. He may be shy, yet he also shows the pugnacity which characterizes passionate people. ” I would like to stay at the Chateaubriand as long as possible. I’m developping the winelist, bying wines we will taste later. We’ve set up a specific menu, combining dishes and wines. I feel I’m in the right place.”
He speaks of wines reminiscing olfactive memories : “each vine parcel has a different smell, just like humans, like  the differents areas of a town. I make harmony considering the smell of the earth. I recognise the geography of a wine by its’ smell et the taste which relates to the earth : herbaceous, earthy, vulcanic.”
He almost gets carried away : “I was so bored when I was young. Now, every vintage is different. Every year you get different sensations… for example, I tasted a win from Auvergne, excellent, and didn’t understand why I had never tasted it before… I remain open minded.”